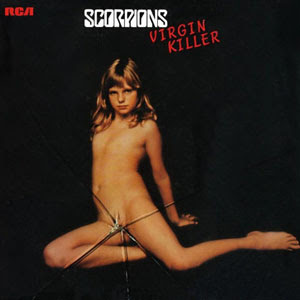 This is a fucking disgrace.

The Internet Watch Foundation (an unaccountable UK body that I am utterly ashamed of because it is a tool for censorship the like of which I'd never thought I'd see) has decided that the above image, the frankly terrible cover of a quite good album called "Virgin Killer" (if you live in the UK you won't be able to see that link as it is blocked) by German rockers Scorpions (you may recall their seminal soft-rock hit, "Wind of Change" and the fact that the lead singer, Klaus Meine, wears a daft hat) that has been out since 1976, is child pornography.

Feel free to read that again.

The Internet Watch Foundation then applied pressure to various UK ISPs to block the page on Wikipedia, so that UK based web users can't see it. This is clearly utter rubbish, pointless censorship at its worst. Not only is the image and album some 32 years old and it's existence has not yet caused a massive outbreak in paedophiles or anyone feeling strong enough to censor it but the image is available through a massive range of Internet sources.

What next? We ban all of those? Ban this blog for showing the picture?

Another reason this is an offensive farce, is that if you are based in the UK and want to access the page, Wikipedia have enabled a secure connection just here.

Also, my mind is drawn to what next? Perhaps Renoir's "Young Girl Bathing" is next... 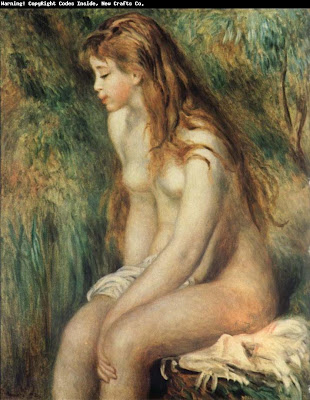 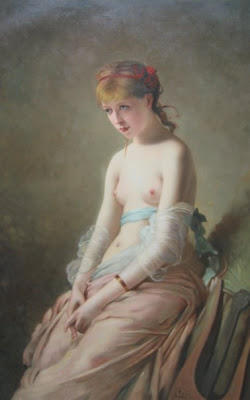 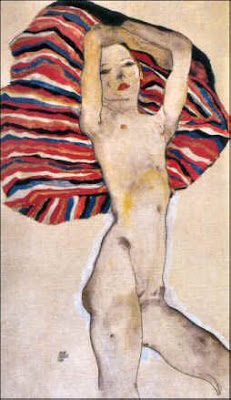 It takes the empowerment of decision making away from the citizen, it is as if they can't be trusted to make the right decision. It also begins a slippery descent into making art of any sort forbidden, controlled, overseen by unaccountable arbiter's of taste and we have progressed beyond this kind of backward thinking.

I hope that James Wales, founder of Wikipedia, does what this news story moots and takes The Internet Watch Foundation to court.

He certainly has my full support.

UPDATE: Hurrah! IWF has done the right thing and backed down, realising that it made an ass of itself. A small victory of sorts...
Written by Daniel Hoffmann-Gill at 15:04