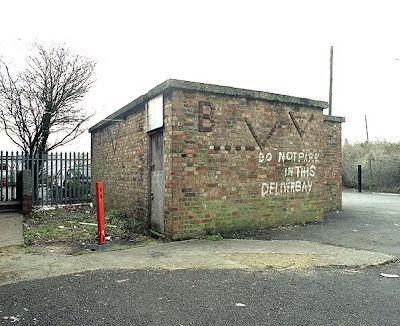 I've never been to Northolt before.

My job, as both actor and a teacher, takes me to all kinds of places but Northolt in the London borough of Ealing has never been one of them, not until today that is.

Having never been, I had imagined it to be gloriously suburban, after all, it is West London, in the posh borough of Ealing, on the fringes of the London Empire; officially in Middlesex and all that. I was shocked to discover that Northolt is actually quite a grubby, shoddy little place, clinging onto the skirts of London town like a mud splatter.

I saw this in Northolt, the first time I have ever seen anything like this in my life... 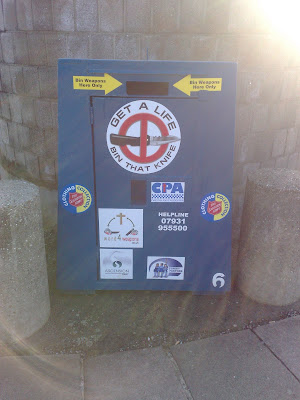 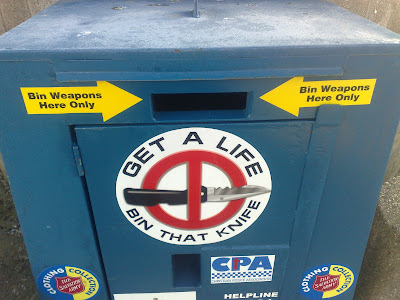 I was in Northolt because for the past few weeks I have been doing rather a lot of teaching, or rather story telling, across numerous primary schools in London, working with Key Stage 2 and spinning a detective yarn as part of either World Book Day or National Story Telling Week or some other initiative to get children to engage with reading.

I have been working with children and young people since I was 16, when I volunteered in a primary school in Notts back in 1992. I am very good at working with children and young people, I've no idea way but I do know that I am a fine teacher who can engage pretty much anyone: from an upset 5 year old, to a hardy 15 year old young offender and all in between and beyond.

But I think I may have had enough of working with children and young people.

To be clear this wasn't Northolt's fault, nor the fault of the lovely school I went to and the exceptionally bright, committed and enthusiastic kids I had the pleasure of working with but rather it may have run it's course for me. My time is busy with acting, as well as directing and writing projects; I also am lucky enough that I do not need to work, aside from acting and committing to teaching projects cuts into the acting work I can do and it shouldn't be that way.

So today, as I pretended to be a Private Investigator and told an unsolved crime story I pitched as true to the children in front of me, who watched, utterly rapt by the twists and turns of what was a simple blackmail case that became a double murder (I swear, the children nearly followed me out of the school as they asked me endless questions so they could solve the murder mystery); it crossed my mind this might be the last time I set foot in a classroom. 17 years later.

Maybe.
Written by Daniel Hoffmann-Gill at 15:30