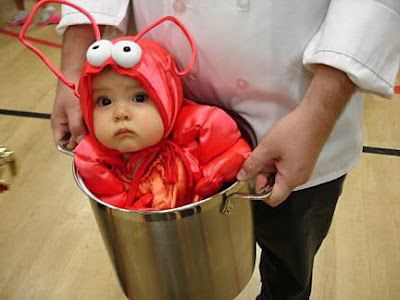 Knee deep in rehearsals for Our Style is Legendary and having the time of my life. Dream come true, emotional times.

Make sure you come and see it won't you?

And even chronic food poisoning bought on by poorly cooked wild boar cannot spoil the fact that I'm on American TV for like the 5th year running, hopefully off to Australia to do some acting come Summer and wedding plans are dovetailing nicely.

Until the next time, I'll leave you with some Charles Bradley who is rocking my world at the mo with his deep soul.

Email ThisBlogThis!Share to TwitterShare to FacebookShare to Pinterest
Labels: acting, brief, love, music, our style is legendary, theatre, US 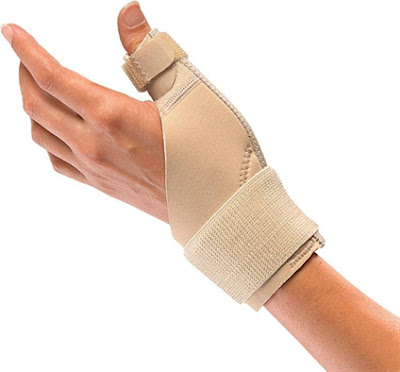 I may need one of these here thumb stabilisers after this weekend.

In a few hours I set off for Nottingham for what promises to be a two day FIFA 2011/Pro Evo marathon with my excellent comrade Kirky and his young daughter Edie, although not sure how much gaming she'll be getting in, her being about 9 months old and all.

I'm seeing this as a chance to let my hair down before the serious hard graft of Our Style is Legendary begins with the start of rehearsals on the 21st February and of course the ever impending opening night on the 14th March. I'll only be able to take a breath when it all grinds to a halt come the 2nd April.

I'm excited, sick, emotional, worried but ultimately absolutely enthused that it will be a huge success.

On the train to day Radiohead's new album will be travelling with me, early listens marks it as a cracker.

I'll leave you with a dance-off, me versus Thom Yorke of Radiohead.


Have an outstanding weekend. I know I will.
Written by Daniel Hoffmann-Gill at 12:09 3 comments: 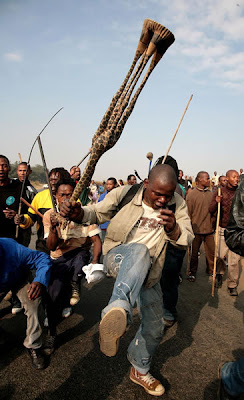 Recently, on a trip back from Europe, I was struck by the front page of a British newspaper, featuring a picture of their Prime Minister and the headline “Cameron: my war on multiculturalism”.

The article began with the paragraph: “David Cameron launches a devastating attack today on 30 years of multiculturalism in Britain, warning it is fostering extremist ideology and directly contributing to home-grown Islamic terrorism”. In his speech, Cameron “warns Muslim groups that if they fail to endorse women’s rights or promote integration, they will lose all government funding”. In terms of Britain’s new policy, “all immigrants…must speak English and schools will be expected to teach the country’s common culture.” The article states that Cameron blames a doctrine of “state multiculturalism” which encourages different cultures to live separate lives, and which he believes, is “the root cause of radicalisation which can lead to terrorism”.

This “new” British policy is consistent with the rising nationalism in Europe with anti-immigrant parties having been voted into parliament in the Netherlands and in Sweden in recent times, countries that have prided themselves as “liberal” and “tolerant” societies. Two years ago, the Danish government offered foreigners one hundred thousand krone to leave Denmark. Last year, the French government dangled 300 Euros for every Roma adult and 100 Euros for every Roma child to leave France. France has also banned some forms of Muslim apparel.

Cameron’s “common values” that he would like immigrant communities to commit to echoes Laura Bush at the time of the USA’s re-entry to UNESCO after years of absence, when she said that UNESCO “can now help to achieve peace by spreading the values that will defeat terror and lead to a better and safer world”. She, of course, was referring to the values and worldviews of “the other” who in her view, sowed terror, whereas for many in the global south, it is the values, worldviews and ideology of wealthy countries in the north and the manner in which these are expressed economically, politically and militarily, that are the chief source of terror in the world.

Within European societies – in a post-9/11 world – there is a greater move towards homogeneity, towards integration around a set of “common values”, and an increasing intolerance of cultural difference, of otherness.

In so doing, the hypocrisy and self-serving “values” of wealthy European nations are again exposed.

A few years ago, when the World Trade Organisation was promoting the liberalisation of access to global markets, some of these countries were very concerned that their creative industry markets would be swamped by American creative products. They argued vehemently against “free trade” in the cultural sphere, as creative goods have worldviews, values and ideological assumptions embedded in them. Should American products flood global markets, consumers would imbibe these values, ideas, ideologies and perspectives on the world. This would lead to a homogenous world that would affirm the hegemony of one country, and would undermine global democracy.

This was the essence of the argument that led to the UNESCO Convention on the Protection and Promotion of the Diversity of Cultural Expressions, which affirms “that cultural diversity is a defining characteristic of humanity” that “should be cherished and preserved for the benefit of all” as it “creates a rich and varied world which increases the range of choices and nurtures human capacities and values”. The Convention states that cultural diversity flourishes “within a framework of democracy, tolerance, social justice and mutual respect between peoples and cultures” and “is indispensable for peace and security at the local, national and international levels”.

With this Convention, France, Germany, Britain, Canada and a host of other nations with strong creative industries are able to withstand American creep in their local markets, and maintain and celebrate their own identities and cultural heritage. The language of “cultural diversity” has thus been appropriated largely to preserve the audio-visual and other creative industries of countries of the north in their trade battle with America.

Yet, what these countries have piously demanded at a global level – heterogeneity, diversity and tolerance of other – they are increasingly moving away from, and in fact are actively clamping down on, at a national level.

All this is being done in the name of national security and a safer world. The irony is that such actions will achieve exactly the opposite.

The views expressed in this column are entirely the views of the author and are not necessarily those of any of the institutions – or their partners – with which he is associated.


Mike van Graan is the Secretary General of Arterial Network, a continent-wide network of artists, activists and creative enterprises active in the African creative sector and its contribution to development, human rights and democracy on the continent. He is also the Executive Director of the African Arts Institute (AFAI), a South African NGO based in Cape Town that harnesses local expertise, resources and markets in the service of Africa’s creative sector. He is considered to be one of his country’s leading contemporary playwrights. 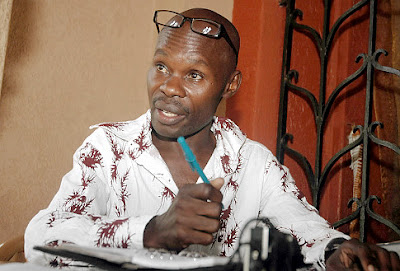 An amazing man, I salute him, his death is a terrible loss but this cause will not go unheeded.
Written by Daniel Hoffmann-Gill at 15:50 No comments:

Our Style is Legendary is 1 Month Away 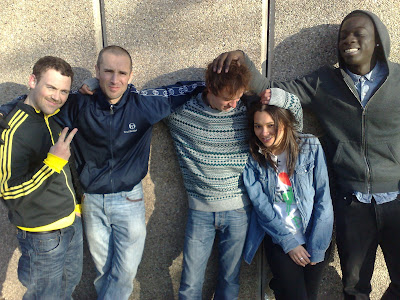 One month to go.

Yep, in one month Our Style is Legendary will open in the West End at the Tristan Bates Theatre and run for three weeks.

It will destroy everything in it's path. No doubt.

Proof is in the pudding.

I think it's beautiful, in a funny way. It may also make you cry.

Your support would be much appreciated, hope to see all of my readers there.

Not north, not south, all notts.

Peace.
Written by Daniel Hoffmann-Gill at 09:19 No comments:

I am the voice of Tory Muppet and am available for hire for weddings, bar mitzvahs and office parties.
Written by Daniel Hoffmann-Gill at 12:56 3 comments:

Hello, Is It Me You're Looking For? 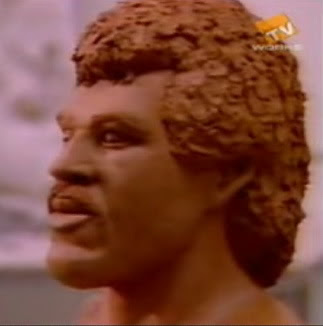 Checking my blog stats today, as I am sometimes want to do, I noted a rich line of web traffic being emitted from Digital Spy.

"That's odd" I said to myself.

"Perhaps some publicity for my play Our Style is Legendary has attracted celebrity-watching attention, with it having two notable TV stars in."

So I clicked on the link and it turns out someone called Thumbs83 (he or she must have a lot of thumbs) has taken a shine to my comedy creation Kirky, that is gracing the BBC at the mo and wanted to know who I was. Some kind soul then web stalked me and brought the facts home. Hence the stream of clicks to Blurred Clarity from this forum page.

So welcome Thumbs83, other new visitors and curious souls, I am Daniel Hoffmann-Gill, welcome to my blog, thanks for visiting and showing an interest.