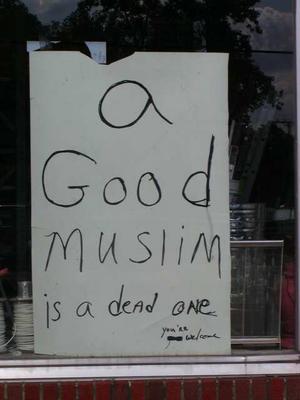 As I'm sure you're all aware, yesterday at approximately 10am a man was shot dead on at Stockwell tube station.

Now in the UK police shooting people is a very rare occurrence but in the media induced froth it was desperately pitched as a potential bomber/a bomber from 7/7 and/or someone in someway involved with the bombings. This rang alarm bells immediately and when the police refused to release any info and eye witnesses described scenes of petrified terror I felt that something had gone horribly wrong.

It had, the man was in no way involved with terror but had 5 rounds blasted into him for good measure. You know what they say about a dead Muslim...

It turns out though (thanks to Big Daddy Merk for the alert) that he wasn't a Muslim but a Brazilian Catholic called Jean Charles de Menezes, an electrician who had been living in London for three years. Why he ended up having 5 bullets shot into him I'll never understand and yes, he spoke English and no, he wasn't a terrorist but I suppose Brazilians do look a bit like Arabs.

I know this was going to happen, indeed I predicted it when on the second spate of attacks I was horrified to see that a man who looked a bit Muslim had made the mistake of going near 10 Downing Street. He was nearly shot but luckily he opened up his shirt and showed he had no weapons.

I strongly advise anyone who looks vaguely like a terrorist to get the hell out of the UK until we go back to victimising black men and all this nonsense has died down.

The latest attacks make as little sense as the first and I still believe that al-Qaeda had nothing to do with it and that it was a false flag operation and that we live in times where little can be trusted and everything challenged.

On a lighter note, below is a mugshot of an Ohio man who was caught by the police sniffing gold spray paint; can you see how they knew he was guilty? 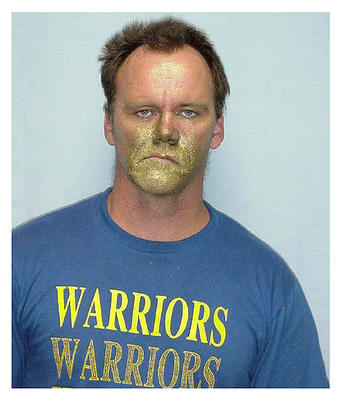 Written by Daniel Hoffmann-Gill at 18:42