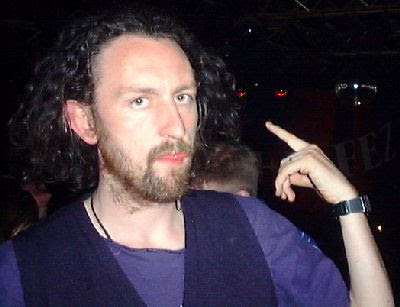 Phil Kay (not to be confused with Peter) is one of my favourite stand-up comedians because he is not really a stand-up, he is more of a wonderful storyteller with perhaps the greatest imagination of any living comedian.

I sat on the front row eager with anticipation and watched in horror as a Saturday night crowd failed to be impressed by his routine and then went on to destroy it, so that for the majority of the gig he sat on a stool strumming a guitar as they shouted abuse and bad jokes.

Phil Kay used the analogy that he was offering precious flowers and all the idiots were throwing out were car fumes, “aren’t we all people in a room?” he suggested in a heartfelt appeal to the raucous crowd. It fell on deaf ears as they chewed him up and spat him out, it wasn’t so much a comedic death as a massacre.

It was horrible to watch.

Bless you Phil Kay, some of us still have faith in you.

Written by Daniel Hoffmann-Gill at 14:12