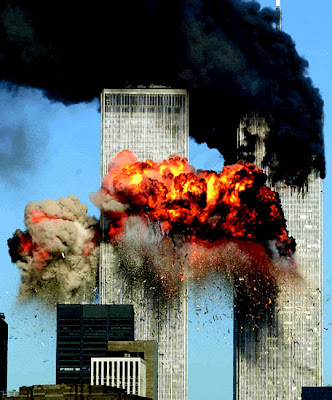 It was eight years ago today...

For some reason this anniversary of the terrible 9/11 attacks is playing a lot on my mind. Last year I was immersed in the world of Zero, a play no doubt inspired by the acts of torture triggered by 9/11, the year before that I was consumed by the archaic process of trying to purchase a home, while in 2006 I was more concerned about Iraq which has besmirched the idea of 9/11 and demeaned it to a mere precursor of war and excessive loss of human life. 2005, I didn't even mention it all, so preoccupied was I with yet another house move and the impending tour of Bouncers.

Before that, I'm ashamed to say, I had always been rather glib about 9/11, even pedantically referring to it as 11/9 and making noises about correct formatting of the date, like a monstrous tit. The reason, as I have inferred above, is that we were not allowed to hold onto 9/11 as a terrible crime against the United States and a device by which we all pulled together as humans against acts of cruel terror.

Because just as the dust was settling, it was a seemingly perfect excuse for Bush and his cohorts to unleash a period of eight hellish years, that have included human rights infringements, the awful mire that is the war in Iraq and the endless process of bringing peace and stability (and of course an acceptable regime to the West) in Afghanistan; at massive loss of civilian and military life...never mind the terrorist attacks around the world inspired by America's approach to the problem.

And now I come to think about it, the number of odious off-shoots is endless: we have the increase in fundamental and violent Islam activists, which in turn has led to a polarisation of the world's religions and the bracketing of Islam as evil, which further exacerbates it's militarisation and has become something of a culture war.

This polarisation has leaked into our politics with retarded 'with us or against us' thinking; black and white solutions to grey problems and a lack of a middle ground where most solutions are offered. All this adds up to a tarnishing of 9/11 as the instigator of this God awful mess, when in reality it is the Bush regime's response to 9/11 that has changed our world for the worse; ably supported of course by a whole raft of idiots on both sides.

I stumbled upon the famous video today of Bush at the Emma E. Booker Elementary School, the moment when he is told: "A second plane has hit the tower, America is under attack" is at one minute in...

I suppose my feelings of sadness at this anniversary have partly been due to a maturing in my attitudes to the events of that day and the volume of powerful 9/11 documentaries that have featured on British television in the last week or so, including the excellent '102 Minutes That Changed America' and '9/11: The Falling Man'... 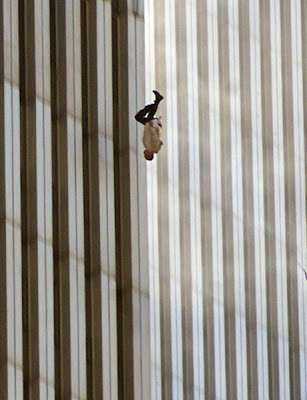 This post's title is a direct quote of an eyewitness, whose testimony I saw live on television and was so moved by it, I hunted down the audio file as a reminder of the terror and horror of that awful day.

In honour and loving memory of those that lost their lives on that fateful day. 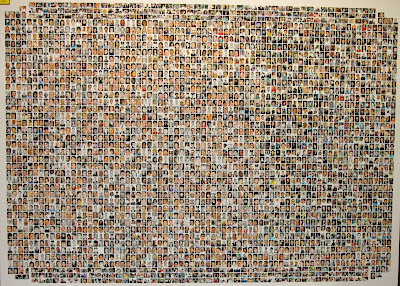 Written by Daniel Hoffmann-Gill at 11:05