Bible Study: And in The Beginning There Was Exegesis... 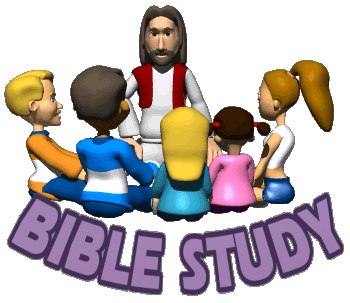 For no reason other than I can, I've started re-reading certain bits of the Bible with Karen Armstrong's excellent "The Bible: The Biography" as my companion, as I delve back into the belly of the beast.

It confuses me as to why a literal interpretation of the Bible, such as we are now seeing influence much policy making and public discourse in the USA, is a relatively modern invention, only really dating from the late 19th century. Up until that point, the idea that Genesis, for example, was a de facto guide to the start of life was something only spouted by mentalists. For most of its history the Bible has been understood with the tools of allegory, exegesis, myth making and skilful interpretation. It is the modern age, with all of its reason and science, that has seemingly placed a massive pressure on the text and its readers have turned to dogma and fundamentalism in order to defend it. But more on that in a later blog post…

Let us begin with the Torah, because this is where the Bible began. It is clear to me that this document was supposed to be fluid, supposed to be and indeed still is, a work in progress; an every changing testimony constantly under exegesis. The early Jews always feared that the commuting of their faith to the written word and page would limit it, make it unmovable and dogmatic; the idea of being written in stone held no sway here; such confines were seen as restrictive, the oral tradition held sway with its organic approach that enables it to move and change with the times.

But slowly the Jewish faith took form in the written word and I for one never realised that what we call the Old Testament wasn’t even finished by the time the New Testament was being constructed; their development ran side by side.

And then the Romans destroyed the Second Temple in 70CE and along with it, the majority of the varying Jewish cults but one of the few cults to survive and then prosper were of course the followers of Jesus and their musings are full of the horror of that destruction.

It’s odd that many of the things ascribed to Jesus are either not in the Bible or are never explicitly mentioned in it, such as Jesus claiming he is the Messiah, which he does not, it is his followers that do much to build the mythology around Jesus. It's also odd that many of the things that Jesus does say are selectively ignored, such as the personal example he and his followers set.

Let us recall the manifesto of Jesus that comes to us from the Bible: to live as devout orthodox Jews (revere the Torah, keep the Sabbath and observe the dietary laws) with no private property but to share goods equally, to endure voluntary poverty with a special remit for care of the poor and a loyalty to the cult over and above family ties. Finally, evil should always be met with non-violence and love.

Where has this religion gone? It is in the Bible but does not seem to be present on this Earth? Indeed the description of the Jesus cult reads like that of some kind of socialist, hippy squat manifesto. It is also fascinating how the Jewish roots of Christ have been subsumed and hidden.

In my next Bible Study blog I’ll be turning my attention to how a bunch of missives by a collection of cultists, who never ever dreamed that their words would become scripture, as they fully expected their Jesus to come back to them in their lifetime, ended up becoming the New Testament.
Written by Daniel Hoffmann-Gill at 17:10