Bible Study: Humans are too Stupid to Understand the Bible 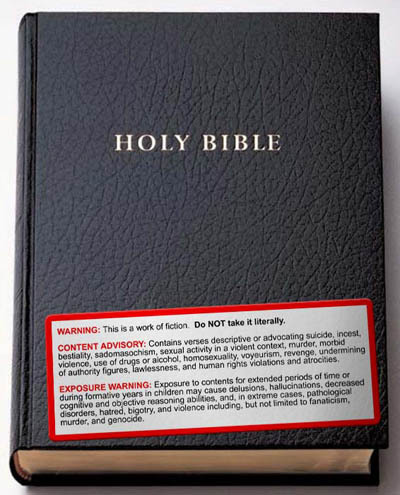 Augustine of Hippo’s (354-430) Biblical insights brought about a lovely phase in how the good book was treated. Conceit and self-importance were to be thrown off and replaced with an understanding that the whole truth of the Bible and indeed life itself, could never be fully known; that language was inherently defective and it was impossible to express the divine mystery in scripture.

Thus, disputes over the meaning of the Bible were pointless, ridiculous even, as the Bible expressed a truth that was infinite and beyond comprehension of every single person, therefore humanity is drawn together in a humble recognition of its shared ignorance.

For Augustine, the Bible was about love and any quarrelling over the Bible or a set interpretation was like arguing with God’s love, calling God a liar and was seated in pride, not service to God.

Augustine was almost Jewish in his approach to the Bible, seeking exegesis and outing those that used the Bible to spread hate and dissention as illegitimate Christians. All good stuff which eventually led to the lectio divina concept I’ll be turning to next week…

Augustine also sowed the seeds of humans as one big humble ignoramus, unable to comprehend the often bizarre and cruel workings of God and deemed best not to trouble their simple minds with such complexities and just prostrate themselves before the jumbled collection of stories and marvel at its wonder.

Any atheist reading this blog post will be familiar with this, as it is often the religious person’s last and desperate attack in any heated debate: “HOW CAN YOU POSSIBLY CHALLENGE AND UNDERSTAND GOD’S WORK?!?!”

This attitude to the scriptures, of reverence to the text itself and the idea that any difficult passages can be negated with a meek shrug, was a new phase in the Bible’s development that stemmed from Augustine’s desire to end the arguments over scripture but instead it just enabled those that wished to misuse the text for their own purposes to have a great line to silence any dissenting voice.
Written by Daniel Hoffmann-Gill at 17:54