Bible Study: The New Testament Has a Really Shit Ending 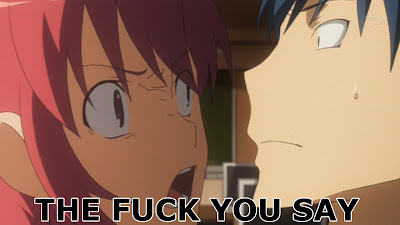 Much of what we call the New Testament is actually a bunch of letters written by Paul of Tarsus in an effort to answer questions put to him about the proto-Jewish cult he was the leader of and an effort to spread the word of the man he believed to be the Messiah. He had no idea, or indeed intention, that such missives would become scripture.

Paul also began the process of Christians treating the Torah and its accompanying texts as merely a prelude to the main event that is the coming of Jesus, an unfettering of the Jewish cult from its Jewish roots and its slipping into a new sphere, the world of the gentile, a massive captive audience looking for something outside of the exclusive covenant of Judaism.

And by the middle of the second century much of what would become the New Testament was written, Paul’s letters were joined by the Jesus biographies of Matthew, Mark, Luke and John but others, such as Thomas and the books of Ebionites and the Nazarenes are lost, along with what historians refer to as Q, the text that covered the teachings of Jesus and a far more detailed account of his trail, torture and death that was the source document used by Matthew and Luke for their writings. Books for the canon came and went, with only a few constants, which makes the current fad for the verbatim and infinitely wish nature of the terribly flawed document that is the Bible seem even more delusional.

Indeed the New Testament canon was not fixed until around the fourth century, quite simply because it took that long for Christianity to fully take shape into a coherent belief system. But by the time it was in place, it was already heavily edited so that many of the prophecies in the Old Testament rang true in the New, an early insight into the complex relationship that Christians would share with the faith that spawned them. A desire to be separate from the mother faith, to disown it but a desire to also have it anoint Jesus as the Messiah; remember that at this time Christianity was a cult that needed verification as a legitimate religion, something it actually got when Constantine converted in 312.

But that doesn’t stop the New Testament coming across as anti-Semitic, which it isn’t really as it was written by Jews, self-loathing Jews but Jews never the less but it does reflect a real disenchantment with Jewish religion and the aforementioned anxiety to reach out to the gentile world meant that much blame was placed on the authors own people, famously of course with Matthew’s words to the Jewish crowd at the death of Jesus:

“His blood be upon us and our children.”

A phrase that has pretty much been the one steady inspiration behind centuries and centuries of pogroms and raging anti-Semitism.

A special mention has to go out to the worst ending to a book that I’ve read in a long time: the Book of Revelation, which is a vile, toxic, bitter and fearful little snuff movie fantasy by John of Patmos, that very nearly never made it into the canon because it is so bad and ill-fitting. Indeed, many people still consider its entry a moot point, while for many it is all the Bible is. It doesn’t surprise me that it was stuck onto the end, like some embarrassing relative you don’t want in the family photo but its position has fooled many modern Christians into thinking it is the final word.

It is most definately not...
Written by Daniel Hoffmann-Gill at 23:00