5 Years of Railing Against the Dying of the Light 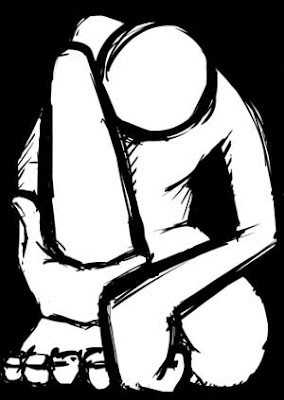 I find celebrating blogging anniversaries a little vulgar and self-indulgent but what the hell, this one passed a while back, I've never blown me own trumpet before and it only just occurred to me, so I thought I'd leave a marker here.

On the 2nd of March 2005 Blurred Clarity came into existence and it's been going strong (with brief intermissions of resting) ever since.

It has always been personal here, with plenty of swearing, politics, silly pictures and as much a record of my life these past five years as it is anything else. A document of all I love and hate. Some of the archives make for painful reading, some naive, some just awfully put together but they will stand, I delete and re-edit nothing. Some of them however are damn fine writing.

Not many of those that were with me 5 years ago are with me now, a few early subscribers are still knocking about, most have left ghost town blogs, trapped in 2007, little echoes of friendships and lives that still occasionally send a curious visitor my way. A real trip down memory lane.

Here's to the next five years...

Anyway, yesterday I was shooting out in West London, a new commercial for VW and it was a big budget affair with a great director who also comes from Notts (we get everywhere, I tell you, we are the future) and it was a blast, it'll be a fine spot on British TV and cinema and I look forward to seeing how it turns out.

After I'd done, about midnight, I was driven away from the set and back home and as the houses flew by me and London slipped past I was hit by some heavy melancholy. At first I thought it was the way the extras, who had been deemed surplus to requirements, had been let go; there was a sadness there that kinda struck me. But I was lying to myself, it was guilt, guilt at how far I've come and those that I've left behind...but no, not guilt, it was just a deep sadness, sadness based on missing your best friend who would've loved to share all of this with you and who...just whisper it, was probably a better actor than you.

But what can I do about that, he made his choices and I made mine, here I stand and I'll be damned if I'll not savour every second of this amazing adventure.
Written by Daniel Hoffmann-Gill at 12:58