Falling Off Of The Cusp 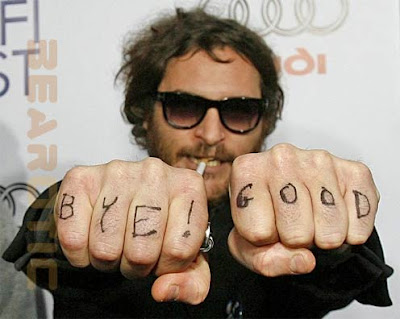 As promised, I share here that what was yesterday a moment of being "On The Cusp" has become a moment of falling off of that cusp, as I did not get the acting job in question.

On reflection, or as a device to cushion the blow, it was not as big a deal as I made out; it was merely yet another commercial but the money and director involved gave the job an extra air of kudos but I think I got ahead of myself and carried away about it's importance.

Doing commercials is a case of ever decreasing circles, the more you do the less you can then do, over exposure is a killer, this job would have been the nail in the coffin. I'm talking a good game of course but not getting this job means I can do the feature film I mentioned with Keith Chegwin and also do a theatre casting for a great wee show. I'm lucky enough to be able to have these options.

I suppose what galled me about this job was that people involved made me feel that it was mine, even at the casting today and so you build expectations, hopes, plan what you will do with the money and whatnot.

Acting is a career where sometimes the best man does not get the job and this was the case, I was the best man but the reason I didn't get the job? And if this doesn't speak volumes about the line of work I've chosen...I wasn't from Yorkshire.

That's right, it was all down to the county I was from.

You couldn't make it up.

Written by Daniel Hoffmann-Gill at 17:17