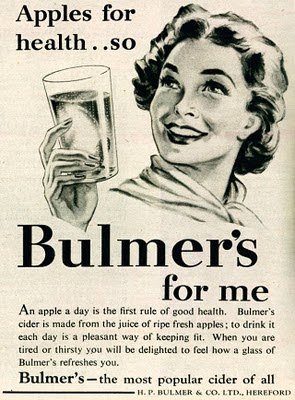 Would you Adam and Eve it but yet another advert (making it's debut tonight, in the UK only I'm afraid) with my fizzog on will be appearing on your tele-boxes. Add this to VW, Kirky and my Yahoo! jaunt and I am verging on saturation point. No bad thing...unless you hate me...and the thing is with commercials, they are ever decreasing circles in that, if you do too many, people won't use you for a bit so I may be due for a crushing lack of work.

Having said that, I just got a part in a new feature film about killing Keith Chewin. 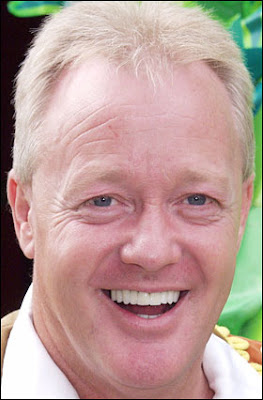 But more on that later...

The Guardian ran a nice little piece on the ad, with my face on, peering out at you from the screen like a Nazi hunter, which is always good for the old self-esteem.

It's for Bulmers of all people and I play the man who launches the frisbees so that people can have fun in the park during Summer. Don't ask. My character is called Steve. It was a fun shoot in Henley-on-Thames, in a massive field but I did get chronic hay fever and had to keep stuffing Vaseline up my nose. Costume was spectacular, a huge leather coat, bespoke top hat and antique racing goggles, topped off with a mustard polo neck that meant I nearly died in the infernal heat.

The upside was I got to meet Jeremy Paxman, who lived next to the field we were filming in. He was a jolly nice chap with his lovely kids and a wheezy old retriever following him dolefully about. He was very interested in our filming and recognised me from my appearances on the BBC as Kirky. This made me incredibly proud and I puffed out my chest somewhat. Compliments from Paxman, one imagines, do not come that often.

Tonight is the premier of the ad but I also shot some bits in character as Steve that will be seen around the place, they may also be posters. Anyway, here it is...

Written by Daniel Hoffmann-Gill at 16:16