The Politics of Hair 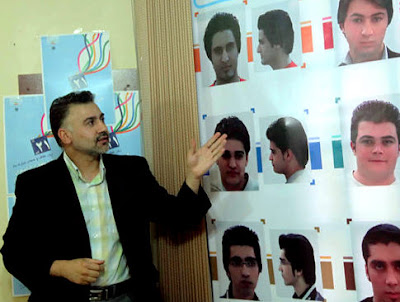 Some of you may be aware that very recently Iran banned certain types of haircuts as being too Western and too decadent. Pathetic because a genuinely powerful, secure, confident, democratic nation should never have to worry about the haircuts of it's citizens. As if haircuts can bring an entire nation crashing down? That kind of 'not one domino shall fall' bullshit will be the death of them...here's hoping.

The kind of haircuts Iran have taken umbrage with are mullets... 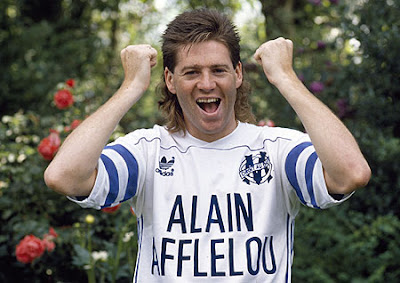 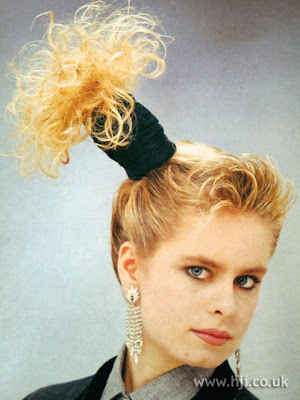 And elaborate spikes (whatever that means)... 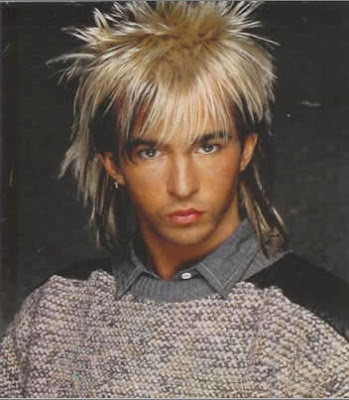 Naturally, the hairstyles these backward fucks approve of are just as fucking diabolical, shit like bouffants, quiffs and 90's throwback curtains... 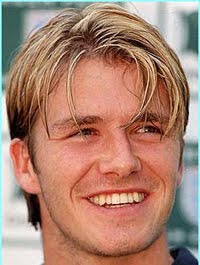 Gel, however, can be used if sparingly. I kid you not.

I swear, some people are clinging so desperately to a bare modicum of power that they actually think this undignified flaying around at moral decay makes them look strong. Iran is not alone in this of course, the UK is blighted with Broken Britain (Copyright. All Rights Reserved) bullshit and America is contorting itself into ever more vulgar, vile and grotesque positions over the non-Mosque that is at least two blocks away from the place formally known as the World Trade Centre.

Whilst Iran may be an extreme example of the politics of hair, with thuggish militia forcing vigorous trims on Iranians with degenerate haircuts, it is not alone in connecting hair with some kind of insurgency.

North Korea controls the hair-do's of it's citizens, demanding exacting standards and seemingly, a desire for all males to look identical because long hair, naturally, drains you of your mental powers... 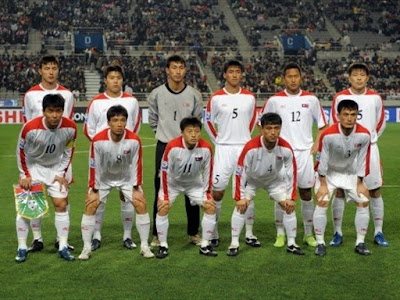 In Iraq barbars have been murdered by retarded religious bigots for distributing Western haircuts, while Indonesia hopes to bring in laws regarding suitable hairstyles and many other countries around the world are hatching similarly idiotic plans.

I don't know what it is about Islam and it's intolerance of good hair cuts, it makes me laugh that their God is so petty and envious that the way a human wears their hair can anger the daft twat, that and eating pig...like any omnipotent motherfucker would give a shit about tedious shit like that. We make our silly, pointless Gods in our own image, wracked with insecurities and weakness.

Facial hair is a whole other can of worms, ironically, considering how much Islam hates a good do, it loves a big beard, long the preserve in the Western world of real-ale drinkers, folk aficionados and pedophiles.

Iran has only just accepted the goatee, which is a horrible little beard, whilst Somalian Islamic militants (following a line led by the Taliban in Afghanistan) has instructed all men to grow beards but sans moustache; which is clearly flawed as a good moustache establishes a man as a true gentleman and a God amongst his hairless peers. 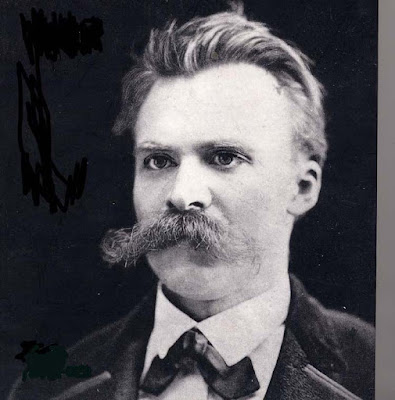 Haters of beards include Turkmenistan, Albania in the 1970s and Japan right bloody now, where beards are are deemed quite unpleasant but shit like this is perfectly acceptable... 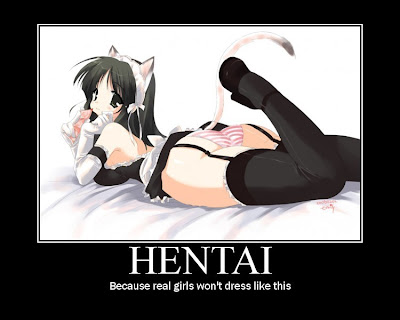 Currently, I am rocking a beard because of filming commitments but normally I am resplendent in a fine moustache and proudly so, mainly because it's an excellent social device by which to measure the intelligence of anyone you're engaging with. If they are compelled to mention Hitler, The Village People or P0rn then they are an idiot and you can, pretty much guilt free, erase them from your life with no major loss.

And woe betide any loon that tries to police my facial hair and hair-do...

Written by Daniel Hoffmann-Gill at 12:36