This list always comes round so quick and a swift gaze at last year's 'best of' shows a few albums that I really don't listen to much anymore. I wonder at the arse end of 2011 how many of 2010's picks will be gathering dust in my vast music library?

Oh well, no regrets, as plenty on that list still get some hammer and one thing is clear, 2010 has been a surprisingly better year that 2009 for great albums; so I've had to incur the 5 notable mentions rule (agreed that this rule is a complete self-binding invention of my brother-in-law and me), on top of my actual Top 10 albums of the year.

So to warm us up, I shall begin with my 5 notable mentions that just couldn't squeeze their way into the official DHG top 10. In no particular order of notableness then...

As much as Eminem uses "Recovery" to diss "Relapse" (which made my Top 10 of 2009) I'm not quite sure if it's better than it's predecessor but it certainly is a cracking record that may pale in comparison with previous work but if a new hip-hop artist bought this album out, the critics would be on their hind legs lapping it up. The bonus is that a lack of tedious skits means that the album is a testimony to consistency and a consistent Eminem is a precious thing, as seen in the singles that have been lifted off of it and stormed the charts. "Recovery" is the first of a triumvirate of hip-hop notable mentions, which also includes the always excellent Big Boi and "Sir Lucious Left Foot...The Son of Chico Dusty" which, ridiculous title aside, is an album that puts to bed any debate on who is the most gifted half of Outkast. A smash-up of bone marrow mashing bass lines and kick drums, which some fine rhyming over the jazzy, kaleidoscopic, Deep South grooves. Hopefully there are many more where this came from and the same goes for Strong Arm Steady's LP "In Search of Stoney Jackson" which is so soaked in Pepsi, Chitlins, ganja and LA sun-smog, that is transports me every time I listen to it; serious, one of the funkiest hip-hop records of recent memory. Heavy flow, head-bobbing, trance inducing rap.


My last two notable mentions couldn't be more different. In one corner we have the high-pitched, Radiohead inspired, indie-dance-funk-new wave-guitar, art-fopps Everything Everything and "Man Alive" which has one of the strongest starts of any LP this year, it sweeps you up in it's arms and takes you for a serious disco dance and by rights it's wonderful modern sound should be in my Top 10 but the album loses it's way around the half-way mark and never fully regains momentum; which is testimony to how good the rest of it is that it still bubbles around as a classic of 2010.


And in the other corner we have the epic High on Fire and "Snakes for the Divine" which is one of the heaviest records I own. Quite simply, if the Norse Gods had sex with the Devil and gave the offspring to a brood of bloodthirsty Orcs to rise, they would sound like this. An utterly brutal howl of virtuoso, humongous riffs, pounding double bass drums and guttural singing about things like Frost Hammers and at one point, in the seminal 'Holy Flames of the Firespitter' (I fucking kid you not), you could swear the ground was going to split open and the undead will walk the Earth again. Just awesome heavy metal.


10. "THE DEFAMATION OF STRICKLAND BANKS" PLAN B 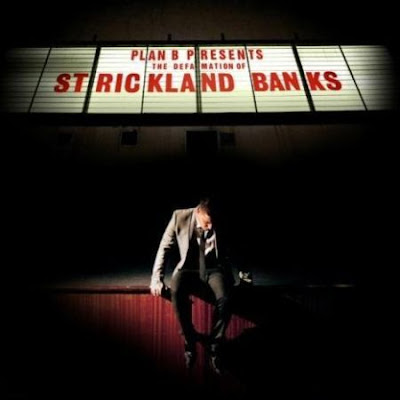 What a volte-face! From one of the hardest, grimiest spitters in UK hip-hop to a blue-eyed soul boy, I for one thought Plan B wouldn't be able to pull it off but he most certainly has and how. A huge commercial success, the boy can sing and makes some fine soul music without sounding like it's karaoke. This hook laden release re-announces Plan B as a unique and talented UK artist. 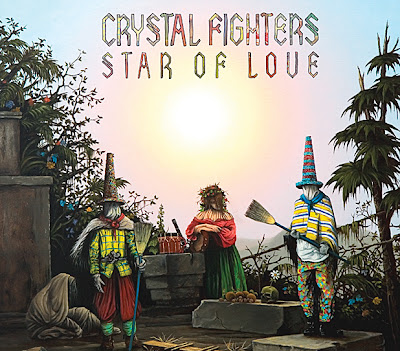 I nearly didn't buy this album by these London based Spanish mavericks but thank God I did because it's wonky, inventive collage of Balearic house, Iberian folk and high-tempo electro is utterly bewitching, both danceable and adorable and something that holds hands with both guitar-centric music and electronica and skips off into the distance to have a lovely party. 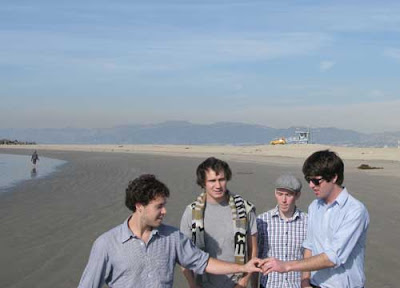 Just up my street. This record took some serious hammer. No messing, straight-ahead, high energy garage rock and roll played at a pace with maximum gusto and total commitment. A wonderful, infectious racket with limitations but all the better for them. 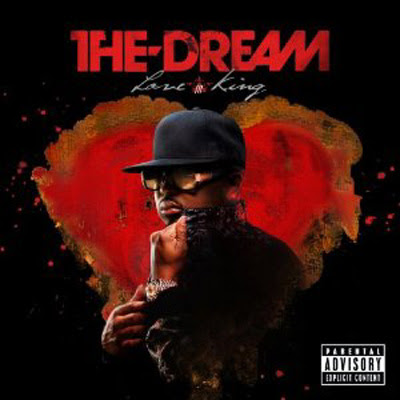 He may sound a bit like Prince (esp. on the outstanding 'Yamaha') but The-Dream is the modern face of shiny, perfect, shimmering American R&B; mesmerisingly hook-laden, melodious to the extreme, exquisitely produced and a showcase for a great musical talent. The whole album just makes you want to get your groove on with some honeys and get a sexy sweat on. Lush.


6. "I SPEAK BECAUSE I CAN" LAURA MARLING 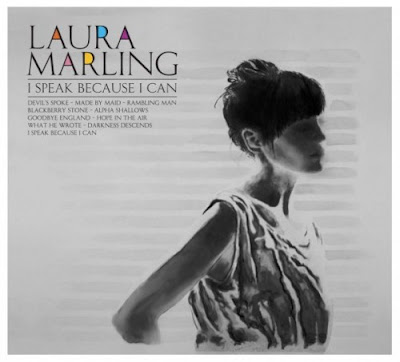 From one end of the musical spectrum to the other...the key artist in the revived British folk movement's second album is a leap forward from her excellent debut "Alas, I Cannot Swim". Textured, transportive, lyrically of the highest order with a rare ability to create mood and atmosphere at will and imagery that lingers long after the song has gone. A genuine dialogue between artist and listener has the most personal of touches. 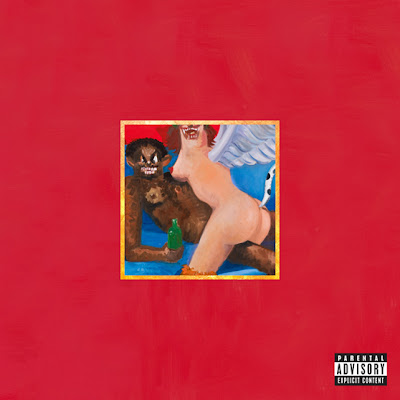 Good grief, Kanye West has upped the bar for hip-hop. His production ability, song writing nous and his genius (yes, genius, no doubt about that) for creating soundscapes utterly unlike anything we've heard in any genre of popular music leaves him at the very peak of modern hip-hop. The reach and sprawl of this album is sometimes too much, too many ideas crammed in for us mere mortals to handle and of course, Kanye is not the best rapper there is, as shown here by the guest spots but as a marker for greatness' Kanye's legacy rests on this postmodern masterpiece. 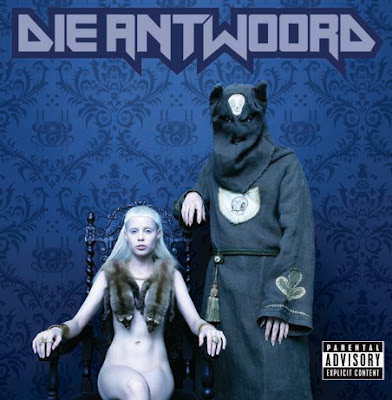 FOK! There is something utterly electric and captivating about this contemporary musical phenomena but rather than get hung up on their South African-ness, their aesthetic, or whether they are 'for real' I'd rather focus on how seriously good their music is. On one hand, it's so very simple; pounding, catchy, rave style sonic backdrops that act as the playground for Yo-Landi Vi$$er and MC Ninja to stomp all over. They sound like they're having a ball and it's infectious but there is more there and at times the wealth of ideas, offered honestly, become hallucinatory, progressive and otherworldly and something else. 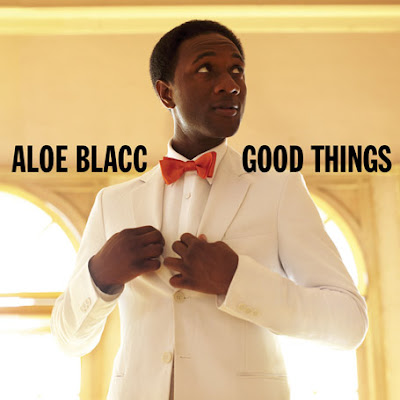 Where has Aloe Blacc been all of my life? Take all the best bits of Marvin Gaye, Curtis Mayfield and Al Green and you have "Good Things" na instant and genuine soul classic. A honey dripped voice with a stunning range, arcing through some very traditional but urgent soul set-ups that move you both physically and spiritually.  This could've been released in 1970 and would've stood shoulder to shoulder with any of the great soul LPs of that time. The sheer quality of this record is amazing, every track is a genuine winner, an album of rare beauty. 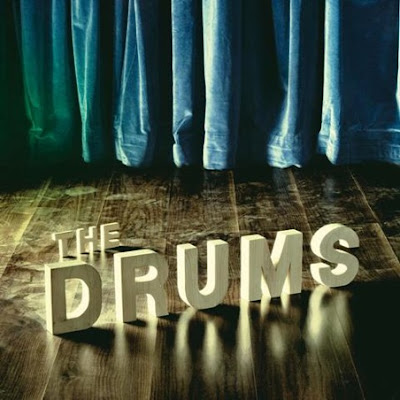 Duran Duran+Joy Division÷The Smiths=The Drums. That's how good they are. Arch, skeletal, reverb drenched indie-pop with lyrics to die for and yes, they may dress like twats and the leader singer dances like a mime artist but their music is free, wondrous and quite possibly the future.

1. "STREETS OF OUR TIME" DANNY AND THE CHAMPIONS OF THE WORLD 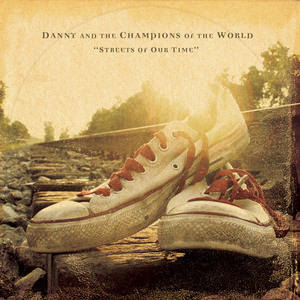 I'm not normally one for Americana but this Australian (via London) band makes such heart wrenching, beguiling, exquisite music that cleaves me asunder and transports me to dusty back roads, a golden sun melting through blue skies and a feeling that everything, no matter what will be alright. As hopeful and gorgeous as this record is, it's through line is that of mortality and those crucial relationships in your life that make you who you are and that you could never be without; its a paean to humanity and a life lived with an open heart and no regrets and I wouldn't be without this record for anything in the world.
Written by Daniel Hoffmann-Gill at 12:20